Before I begin, I should inform you that I do not jump to conclusions easily. I always commit to shows that I start watching and will give them a fair chance before passing my judgement. And with that said I am just about finished with Koufuku Graffiti. I’ve been watching this anime for around 6 episodes now, so by this point I’m convinced, beyond a doubt, of this one fact. There is ABSOLUTE no graffiti in the entire show. 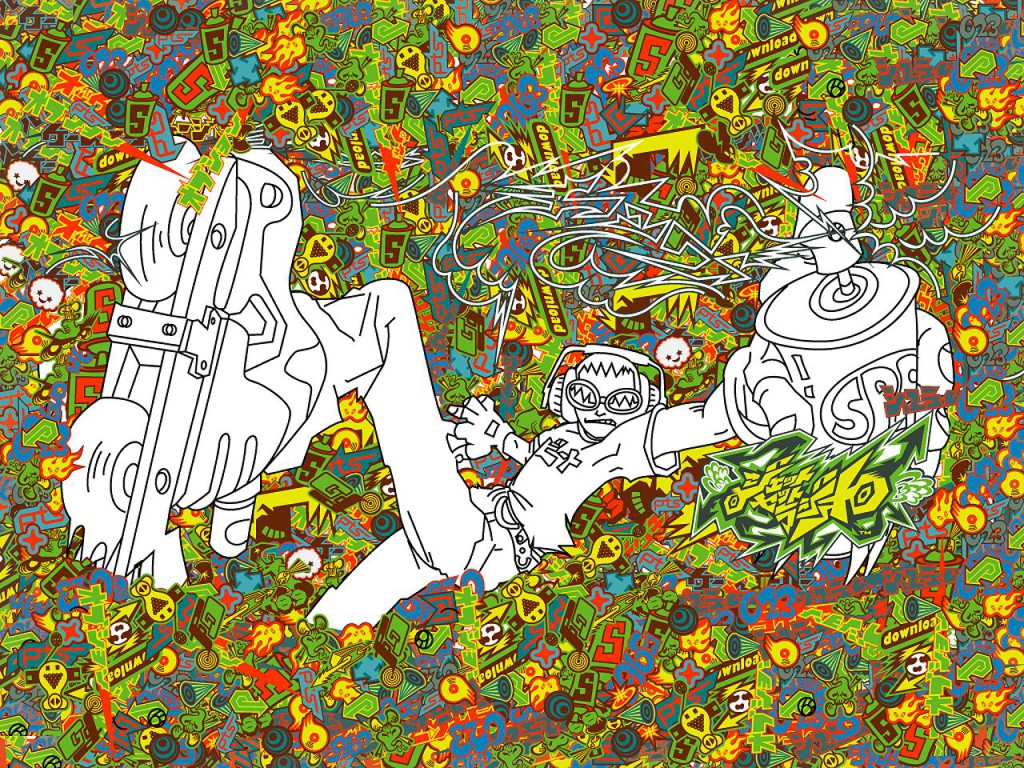 Tell me, how is FOOD in any way related to graffiti art?

Shocking, right? From the title alone I was expecting an anime show about tagging the streets and becoming engrossed with the artistic visions of the characters. I started watching the first episode with high expectations and a youthful innocence that has now been shattered to bits. All I got in this anime was a bunch of people eating food EXTREMELY SLOWLY. Now I guess the art of eating qualifies as a form of art. And in a way you could say I didn’t walk away from this anime empty-handed.

For about 1 minute, I was able to feel “some sort of artistic presence from the character’s personalities.”

The main characters are students at what appears to be some sort of art school. But the few times you see them working on their canvas, you’ll notice that the art on screen is nothing like the sort of impressive neo-impressionism graffiti art you can find on the street these days. It’s all black and white with no substance. No sense of individuality, nothing. It’s just so…boring. 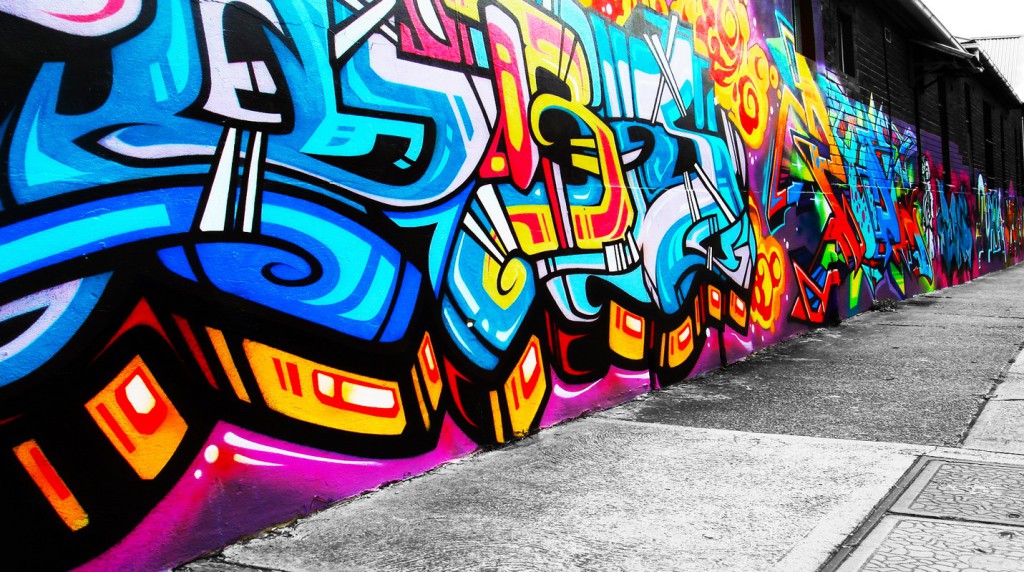 I was expecting more visuals in the sort of style shown in the above picture, but SHAFT, the animation studio behind Koufuku Graffiti chose to go in a “different” visual direction.

The lack of good art is the least of this anime’s issues. The most noticeable issue is the abundance of food eating that just drags out for hours and hours on end. I sat through watching the characters eat for what felt like days, but when I looked at a clock I found that only a couple minutes actually passed. SHAFT, the animation studio behind Koufuku Graffiti, chose to dwindle all their resources towards animating these food scenes that consist of nothing more than just glossy effects and lens flare! As if the lack of graffiti was bad enough, there was just no good art style in the anime at all! 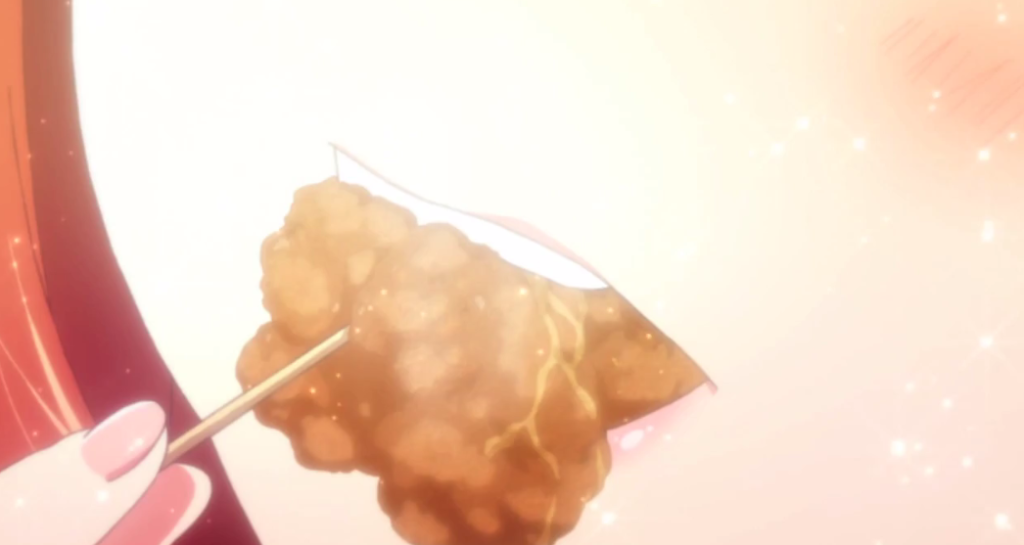 This was NOT what I had in mind when thinking about graffiti art.

I appreciate food, I would consider myself a foodie. I go to Chipotle almost every weekend. But food has it’s own place and that’s not in the graffiti world. Food is legal, graffiti isn’t. I don’t think of sparkling food items being associated with graffiti. I think of dark city nights with the rustling of paint cans as the artists of the night make their mark on the world. And I don’t think I’m going to see ANY of that in Koufuku Graffiti any time soon.

I will still continue to watch the show though, because it’s easier watching anime characters cook than it is to do it myself.