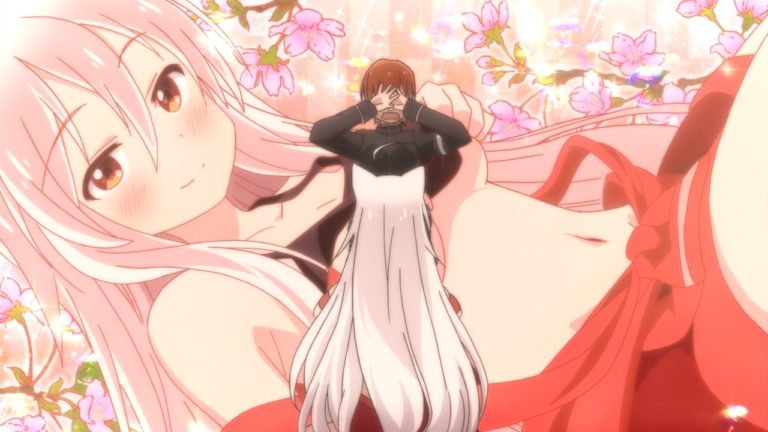 Today marks not only the advent of a new year, but also a new anime season! And with it brings an assortment of spectacular new Winter 2017 anime all lined up and ready to be watched by us anime fans! 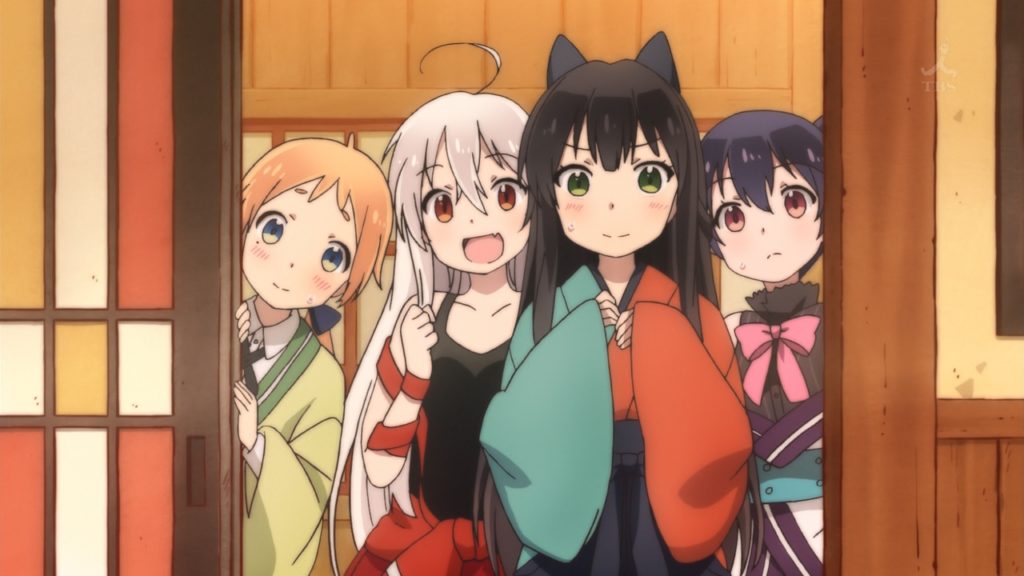 Who knew apprentice fortune-tellers were this cute?

Urara Meirochou happens to be one of the numerous new shows airing in the Winter 2017 anime season. At first glance, it looks to be just filled to the brim with cuteness and various items that any moe anime requires to be a successful one. This is good and all, however while creating hype is easy, it is maintaining it for the entire season that proves to be the biggest killer for many anime series. 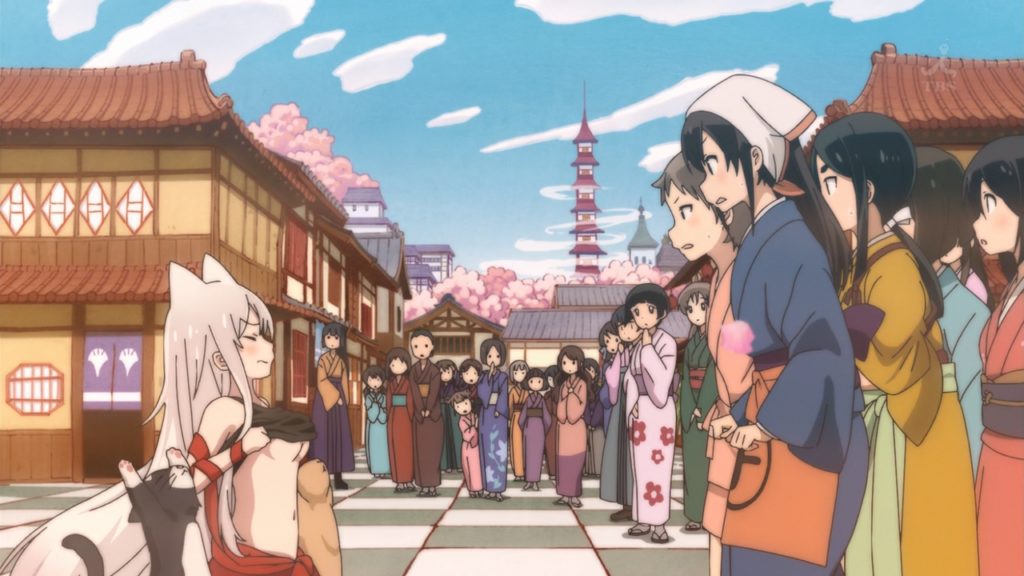 Stop doing that, you are scaring the children!

WOAH! What are you doing there, 破廉恥! (TL Note: 破廉恥 (ハレンチ, harenchi) means shameful aka lewd as fuck). I thought this was supposed to be a cute show that everyone could enjoy, let’s calm down with that fanservice there for a minute! 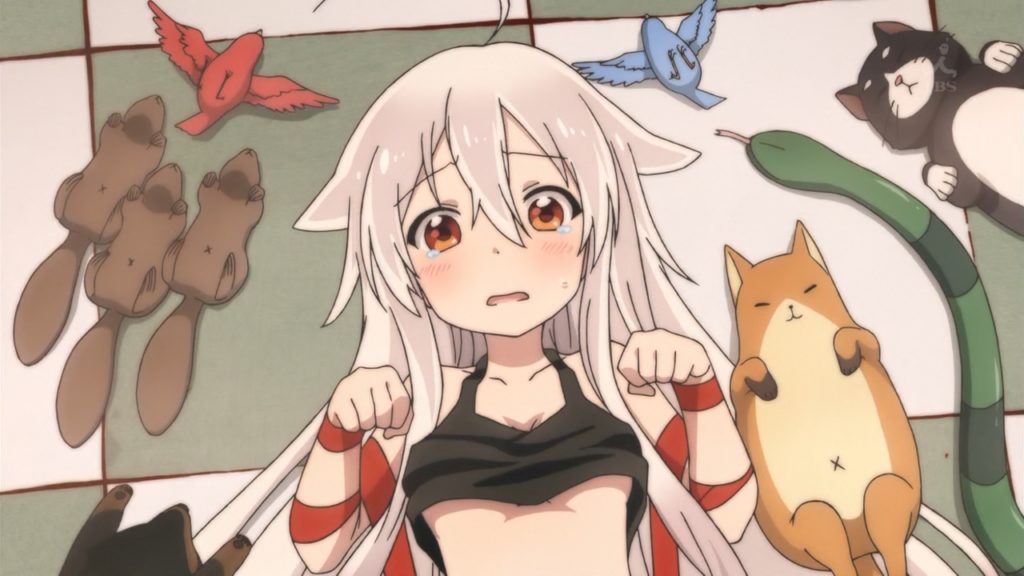 It’s been a few minutes into the show but there doesn’t seem to be any indication that this girl is going to stop showing her belly to everyone. I am extremely uncomfortable with this and I hope it does settle down soon. 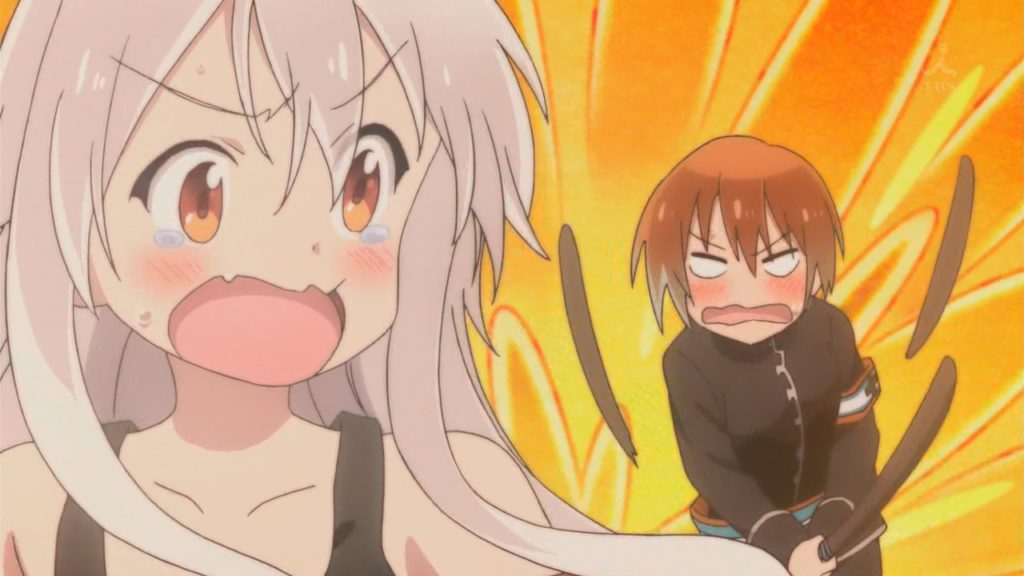 I TOLD YOU TO STOP WHY ARE YOU STILL DOING IT?

Okay, finally someone actually calls her out on it, phew! And it looks like this gag is finally finished, thank goodness! 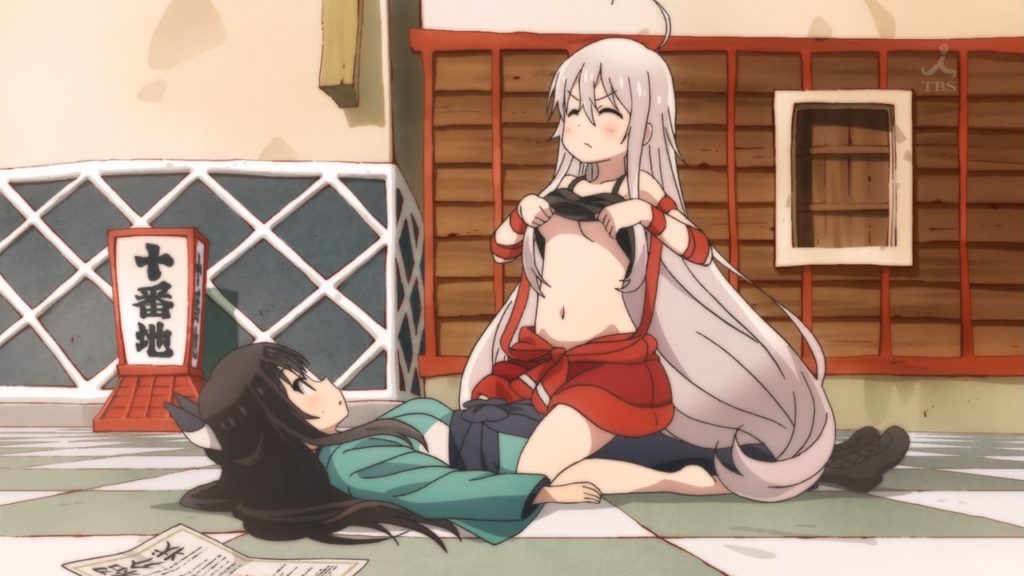 Nevermind! Just when you thought the joke was done, they bring it back!

Why is this still a thing? At this point I am cringing and trying to avert my gaze from my screen because making direct eye contact with the show is difficult. I’m hoping all this belly flaunting ends soon, for the sake of my sanity. 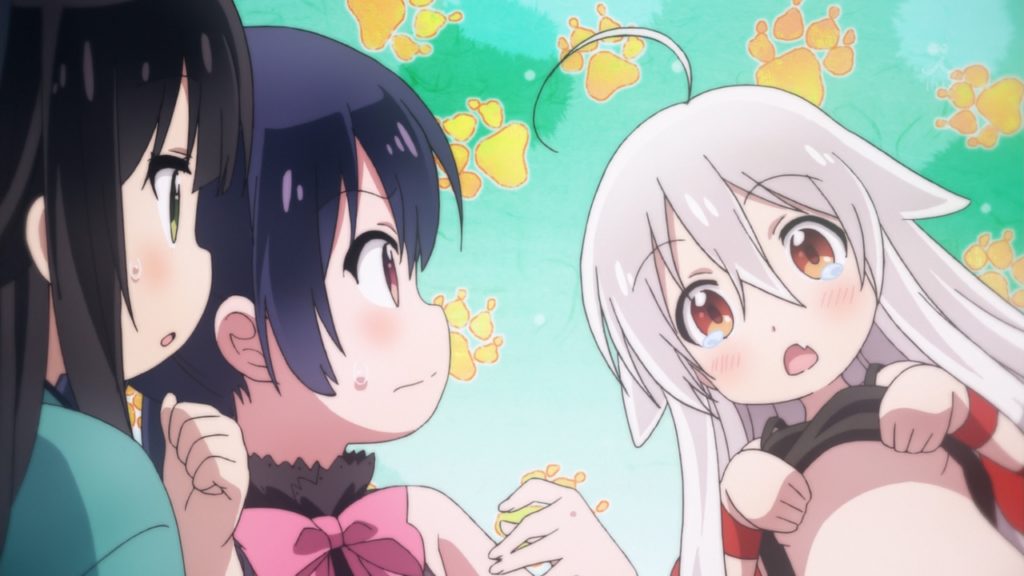 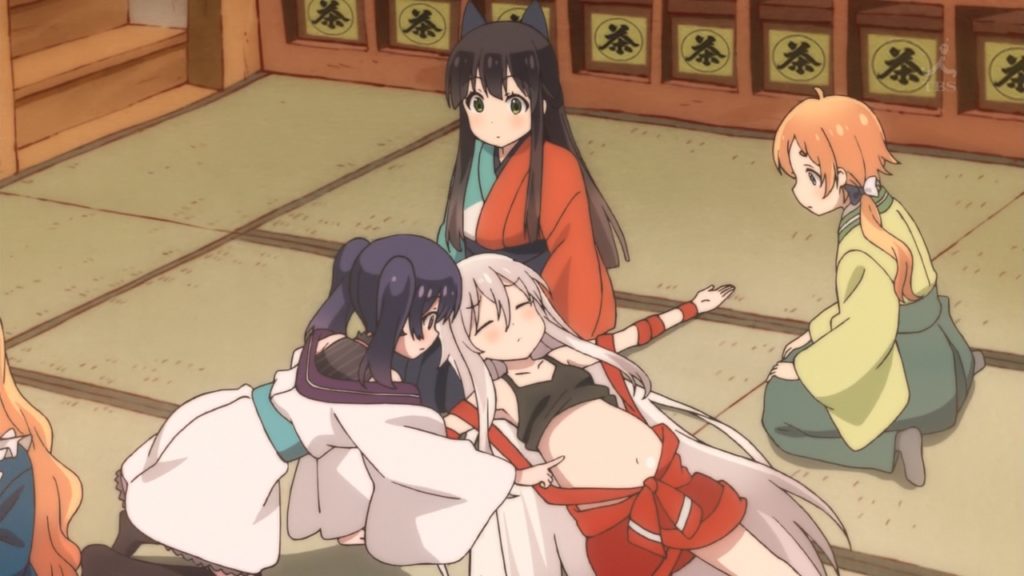 I think this is the last one…for now.

Okay, the first episode is over, but I don’t think the belly jokes are stopping any time soon. They will most likely milk it numerous times throughout the next several episodes.

Something gives me the impression that it’s going to be a long season. It definitely will be for anyone that is going to be sitting through this show. God help us all.