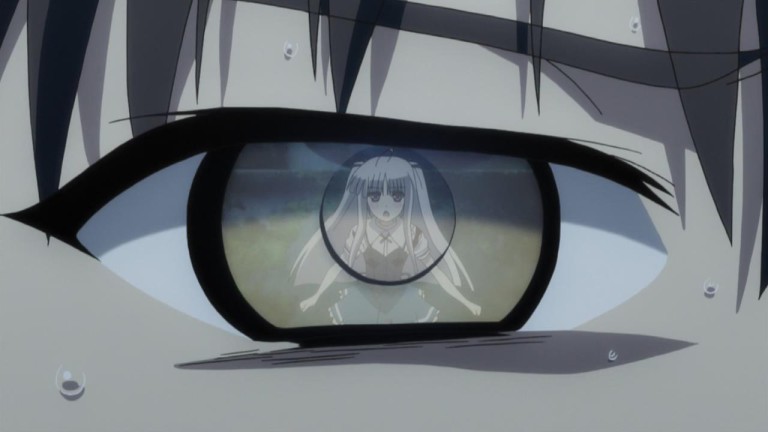 I had my hopes up when watching the last episode of Absolute Duo, but unfortunately it continued to drop the ball in every way possible. I honestly don’t know what direction the show was aiming for, because it’s clear the MC wasn’t committed to being a harem MC. He’s already married to his duo partner anyway, so the whole premise of the show already made no sense in a harem context. But for some reason, they try to force the harem idea in. It just doesn’t work and it’s a waste of time. We already know who “wins”. And I use the term “win” loosely because there’s not much to win. 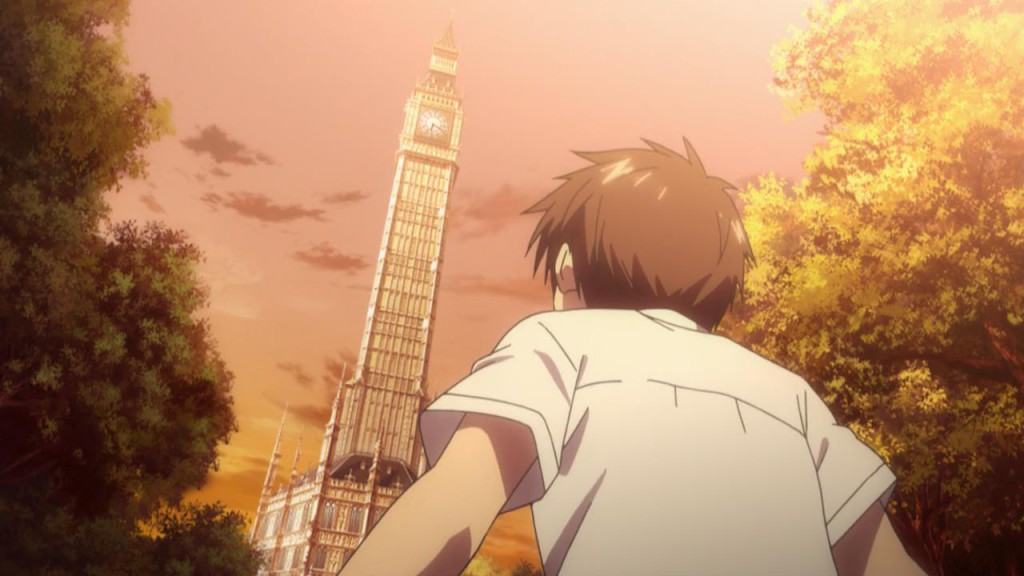 Is it time for the show to become interesting? Of course not!

But that’s not to say that the show was doomed from the start. With a bit of luck and some amazing directing, the last episode could have saved the anime from being the complete crapfest that it turned out to be. But of course, that did not happen in the episode at all. In fact, it’s the complete opposite. 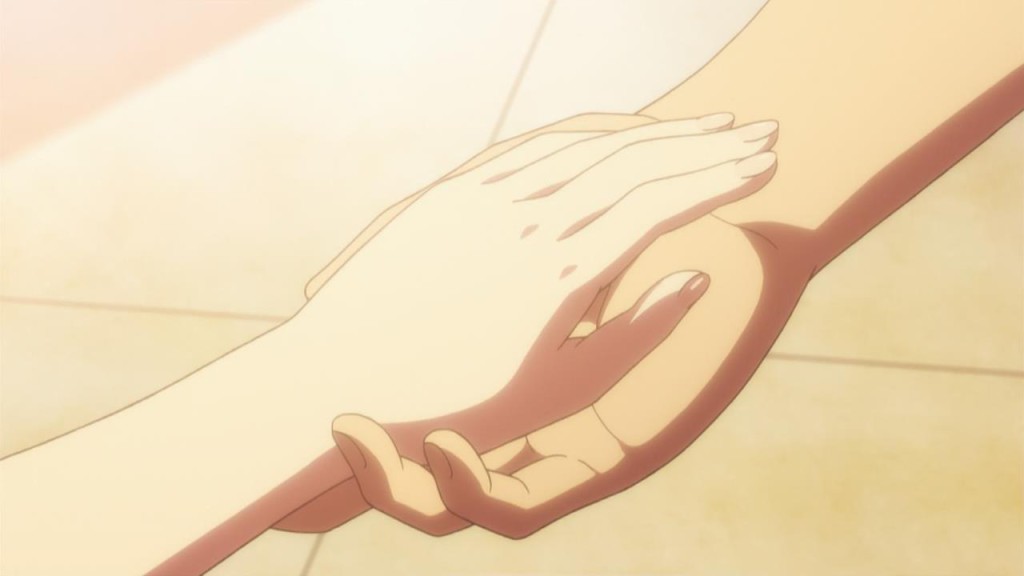 With a little bit of build up, the show finally had a chance to redeem itself.

The whole episode served as a wrap up to the large anime fight at the end of episode 11, which was the large fight between Tooru and CGI animated mecha bad dude who’s name I forgot. After that, they end up in the hospital and recover offscreen. Then of course Tooru and Julie meet up in the cliche top of the clock tower setting and embrace each other’s hands. They renew their marriage vows (as duo partners of course) and to seal the deal they… 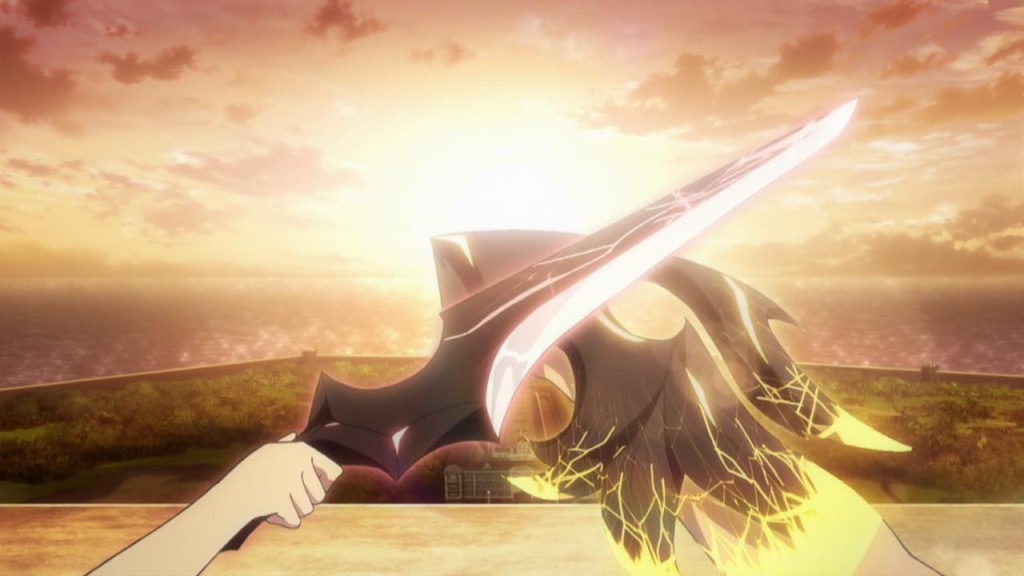 No, that was not what was supposed to happen.

They touch Blazes? No, that’s not funny. Where’s the kiss? Whatever, that’s all good because I know they’ll definitely end up doing it later in the episode, right? And guess what? You already know what happens next! 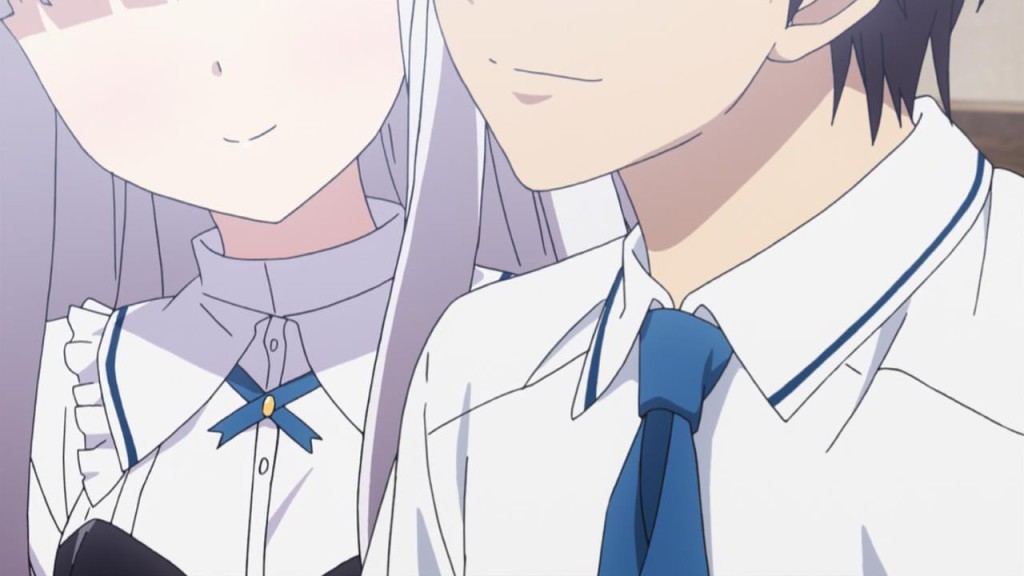 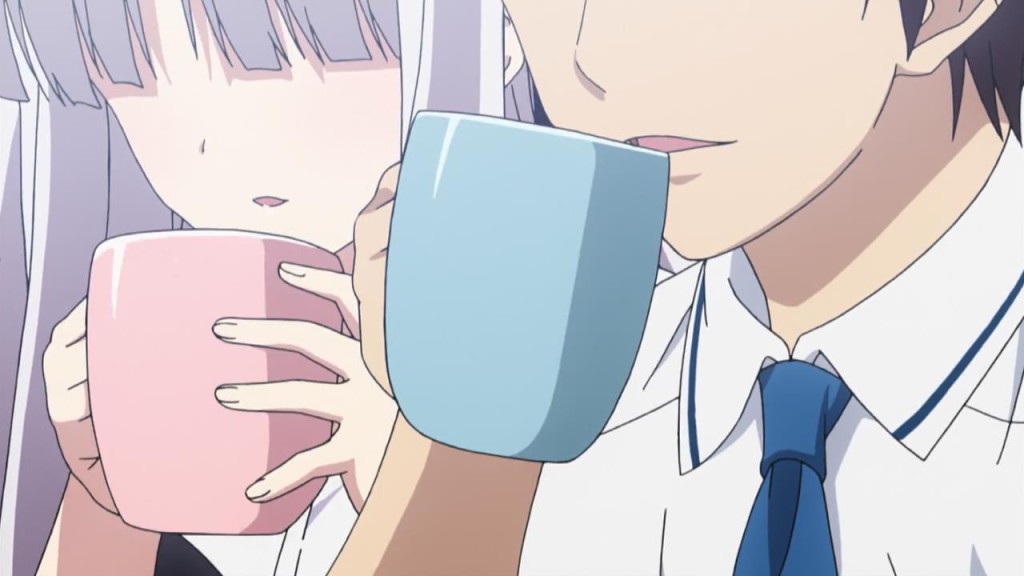 ….Are you kidding me?

Okay, really? Are you really going to end the show like that? Do you guys even care enough about the show to deliver at least one kiss at the end? No? Fine, keep on drinking tea you bastards. Glad this is the last episode.

Look, I don’t believe in score systems because I feel you can’t just assign an arbitrary number to an anime and expect people to just go along with it. So with that said, I don’t give a shit anymore. Absolute Duo gets a 2, and that’s being generous. It would have gotten a 1, but that score’s exclusively reserved for Juuou Mujin no Fafnir.