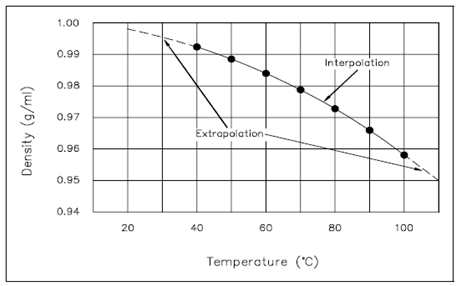 Why are the main characters in anime always so thick headed and can’t seem to get a clue? It could be that their character is stupid, half-asleep, or they’re just not able to pay attention to basic social cues.

Well, you wouldn’t be wrong if you said that. But while those sub-par explanations might have sufficed back in the day, we now have the science to understand exactly why this is the case! And the results are eye-opening.

WARNING: LARGE AMOUNTS OF BORING SCIENCE BELOW, SKIP TO THE END IF YOU JUST WANT THE CONCLUSION. 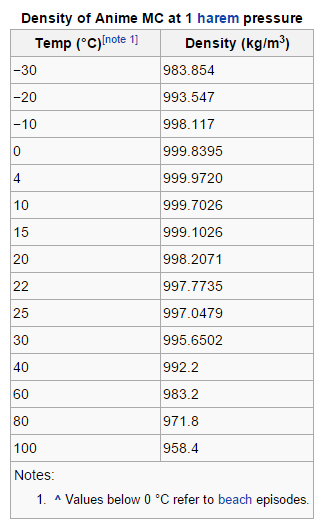 According to the above chart, we have here the density of one anime character with pressure at 1 H. By the way, H is the unit of measurement (SI Unit) for the harem field. As the main character attracts more girls into his harem field, this value will increase. The H-value will be proportional to the density, but there will suddenly be a peak at some point between 20-30 harem girls followed by an extreme decrease when the MC realizes the existence of their harem. Luckily, since there are only 7 colors in the rainbow to use for hair color, it is rare that a harem will ever have enough characters to reach that point.

Note that all the calculations have already been performed based on test data from shows such as Infinite Stratos, To Love-Ru, and Baka to Test to Shoukanjuu. So you can rest assured the MC calculations are accurate as they were taken from the most dense MCs in the history of all anime.

And these results are not only interesting, but can be used to determined just how dense an anime MC can get.


So the big question is, just exactly how dense can the MC get?